How to Be an Effective Ally? - Locelle

How to Be an Effective Ally?

Sponsorship, mentorship and allyship is all the hype. But, being an effective ally takes more than just the desire to be one.

In our relationships with ourselves, other women and under-represented groups, it is important to listen so we can help make more room to grow. Through my work at Locelle, I have found there are three things you can do today that will really help make a difference.

“Women are walking targets for unsolicited advice,” said Leslie Feinzaig, Founder of Female Founders Alliance. She also mentions that advice can sometimes function in “the opposite” way. It may reinforce traditional ideas about how women should behave rather than challenge them.

The reality is that advice is easy to give and actions are harder to do – being mindful that actions are what make a difference.

Women are often asked to do traditional side jobs because they are good at administration, operations or sometimes known as “other duties as assigned.” Why? Because women have been in those roles for a long time as opposed to higher-level strategic jobs and being visionaries. We see more examples of male CEOs and female COOs.

Often times, you will even hear someone refer to a woman who is taking notes (especially if it’s not part of her job) as her being “good at it.” Well, let’s change that!

We can do this in two ways:

If you are being asked to do something that isn’t a good use of your time, saying no will enable you to say yes to more things that are helpful to your career and others as well. This may include making more time to provide support to someone in need or to be a mentor/mentee. Don’t wait to be asked to be an ally for yourself – just be it.

The reality of the workplace is that most companies have male-dominated senior leadership. The reality is also that there are most certainly men who truly want to see women advance and succeed. These men, as we refer to them as, are allies. Given this truth, we should form an allyship with these men.

Let’s review an example. If you are looking to apply for a better opportunity and not sure where to begin, set up a meeting with the ally to see what they would do – how they would approach it. This would be a senior leader (both women and men).

You can also ask other leaders about how they have been able to successfully navigate and reach the level that they have. Chances are they have had allies who supported them.

So, the golden point here, how do you effectively identify allies?

At Locelle, we have learnt three ways:

A lot of leaders would love to hear from women and visible minorities for advice, mentorship, reaching out. It will be refreshing to them, I promise.

In essence, it is really important that we as leaders and team members seek allies in the workplace. Think of the one thing in your workplace that will certainly make you more productive, happier, or increase your sense of belonging? Now go ask for it, or get support from allies who can help you ask for it or better yet achieve it.

Having a trustworthy ally is fine. But first we should be a person who is capable of being another person’s ally.
I think the key to be in alliance with co-workers is to love them and support them exactly as family members. That worked for me well. 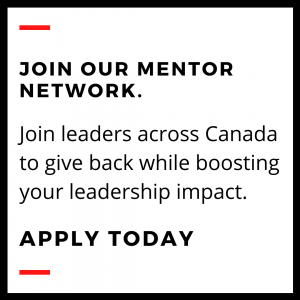 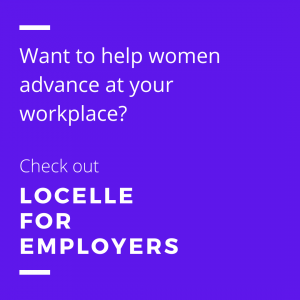